Steel of the Titanic 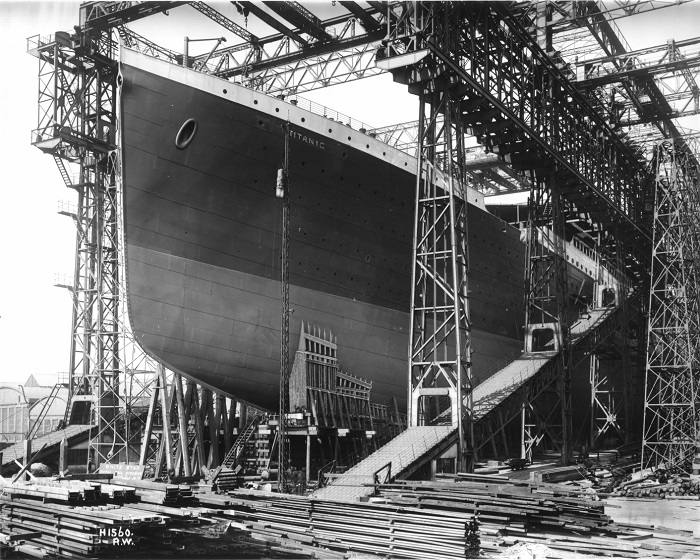 The sinking of the Titanic on the 15th of April, 1912 was one of the most news breaking and shocking events of the early 20th century. At the time of construction, the Titanic was the largest ship ever built, and used revolutionary design and technology to give it an unsinkable status. Many combining factors led to the magnitude of the disaster, including lack of lifeboats, flaws in the design of the ship and negligence of the crew. One factor that we can accurately evaluate with today’s technology is the quality of steel that was used for the Titanic, and if any shortcuts were taken during construction that may have contributed to the disastrous event.

According to a study conducted in 1998 and published in 2008 by Dr. Phil Leighly, a professor emeritus of metallurgical engineering at the University of Minnesota Rochester, the steel used for the Titanic did in fact play a role in the sinking of the Titanic. Using a recovered piece of steel from the ship’s hull and bulkhead that was larger than any others previously found, they were able to determine why the steel cracked on the hull.

After doing a series of impact tests based on their steel sample, the team was able to determine that the steel used to build the ship was much more inferior to modern steel. About 10 times more brittle in fact compared to the steel used to make today’s ships. Test results showed high concentrations of sulfur, oxygen, and phosphorous, and low concentrations of manganese, nitrogen and silicon.  This was mainly a result of producing the steel using open-health furnaces. Pieces of steel from the hull have also appeared almost shattered, with no evidence of bending or deformation.

The frigid waters in which the Titanic struck the iceberg most likely had a big impact on the time it took the Titanic to sink, which was about 2 hours and 40 minutes. The below freezing temperature water made the steel abnormally brittle and less impact resistant and contributed to the size of the hole and the rapid sinking of the ship. Passengers on the Titanic recalled hearing loud cracking noises coming from the ships structure while it was sinking. Leighly noted that you would expect groaning instead of cracking sounds when steel breaks, unless the steel is brittle.

Because steel welding was still in its infancy, the colossal steel plate structure of the Titanic needed to be held together by over three million iron and steel rivets, which were hammered into place by hand. However, there were many additional flaws in the design of the ship that had little to do with the quality of the steel used, including compartments that were meant to be watertight, and lack of welding technology.

The steel used for the Titanic was far inferior to the steel typically used today, and was much more brittle and not nearly as impact resistant. However, it was certainly the best steel that could be produced at the time. Leighly concluded that flaws in the design of the ship were a much bigger factor of the sinking of the Titanic than the actual steel used in production.

Take a look at this great video on the construction of the Titanic.